CONTROLS THE REGULARITY OF YOUR VECTOR: 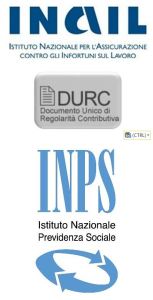 A new form of joint and several liability shall enter in the road haulage industry, extended also to the sanctions of the code of the road.
This is another consequence of the innovations introduced by the Law of stability 2015.

The request of regularity of the vector

from the conclusion of the contract, the carrier is required to provide the client with a certificate issued by the social security authorities, to date no earlier than three months, in which it appears that the company is in rule for the purposes of payment of insurance contributions and social security. It will therefore be necessary, from 1° January 2015, require the carrier copy of Durc in progress of validity.

The request of regularity of the vector will be however soon to disappear: and in fact expected, within 6 months, the adoption of a specific resolution to be adopted by the president of the Central Committee for the national register of natural persons and legal entities engaged in the trucking of things on behalf of third parties, thanks to which the check on the correctness of the vector will be performed by the developer through access to appropriate section of the internet portal on its own by the central committee.
The joint and several liability

in the case, however, the employer shall not occur the regularity of the vector to the payment of social security contributions and insurance, snaps, head to the same, the joint and several liability for the payment not only of the salaries, but in some cases, even of the tax burden and sanctions of the code of the road.

To make a difference will be the shape of the contract of carriage.

If the contract is, in fact, in written form, the employer who does not make the checks must be considered forced in solid with the vector, as well as with each of the possible sub-vectors, within the limit of a year from the termination of the contract of carriage, to correspond to the workers’ compensation treatments, as well as their social security contributions and the insurance premiums to the competent bodies, due only to the benefits received in the course of the duration of the contract of carriage, without any obligation for the administrative penalties to which responds only responsible for the failure.
The employer that has failed to pay can exercise the right of recourse against the coobbligato according to general rules.

Instead, if the contract of carriage is concluded in the form is not made in writing, the employer that does not perform verification, in addition to having to pay workers compensation treatments, pension contributions and the insurance premiums to the competent bodies, it is also assumed the burdens on the failure of fiscal obligations and breaches of the code of the road work orders in the accomplishment of the transport service on his behalf.

The relationship between carrier and sub-vector

always by virtue of the new features introduced with the Law of 2015 established the vector responsible for the provision of a transport service can make use of sub-vectors in the case where the parties agree, the conclusion of the contract or in the course of the execution of the same, to have recourse to sub-car.
Nota bene, however: the case of the vector, you can rely on to a sub-vector without the consent of the employer, the contract may be terminated for failure, without prejudice to the payment of the agreed fee for the performance that has already been carried out.

In any case, the sub-carrier may not in turn outsource to another carrier the unwinding of the provision of transport services. In the case of a violation of this prohibition the contract is null and the sub-carrier next to the first is entitled to receive the fee has already been provided for in the first sub-vector. It is thus limited exploitation of concessions.

Even in the case where the carrier, you can rely on as a sub-vector (with the consent of the client), and provided the liability if it is not acquired the Durc, attesting to the regularity Retirement and insurance of the sub-carrier.